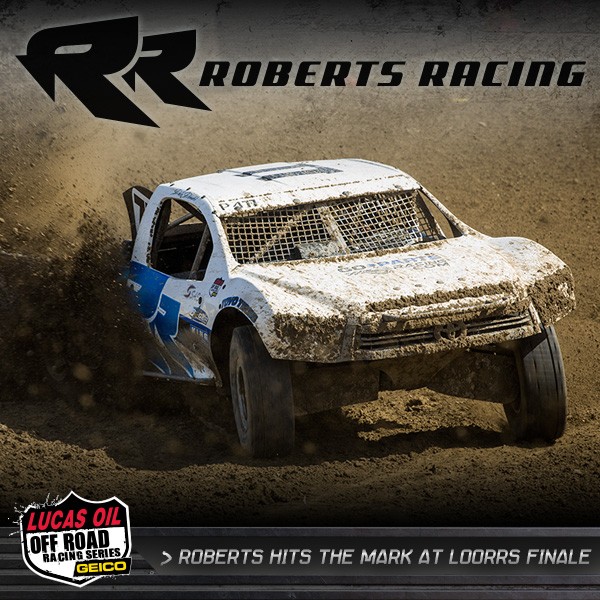 Roberts Racing had modest goals at the final weekend of racing in the Lucas Oil Off Road Racing Series. Round 17 and the Challenge Cup race the following afternoon, would be held at Lake Elsinore Motorsports Park in Lake Elsinore, Ca. Roberts Racing was launching the newly constructed Go-PartsRacing.com Pro-4 truck built by Racer Engineering and wheeled by Dale Dondel. 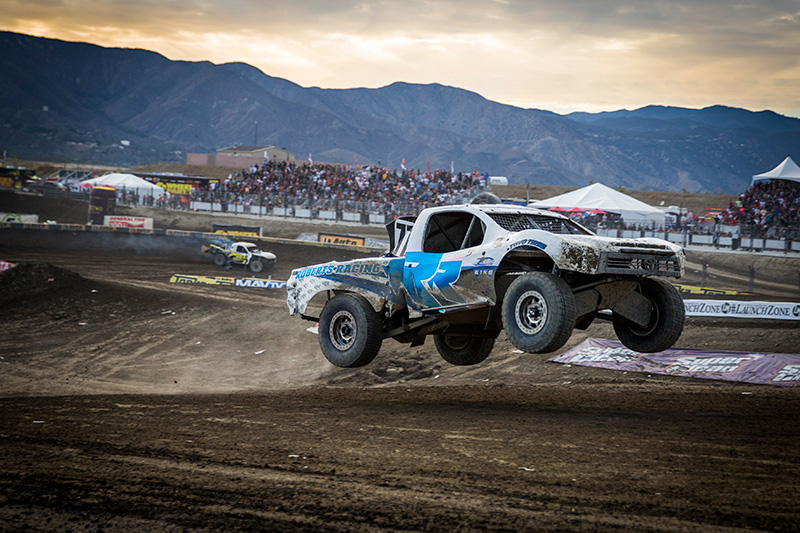 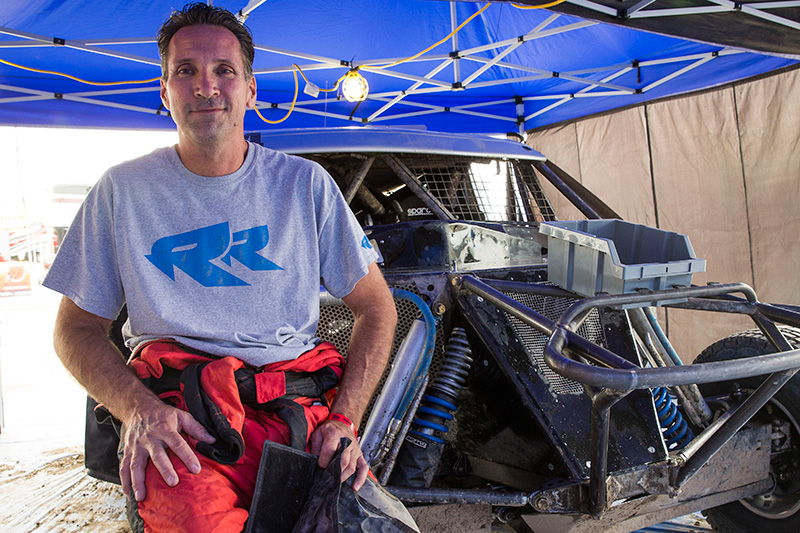 Sharing the track with drivers who either were in the points chase and had to scratch for every point possible or were not in the chase and had nothing to lose was a concern. The Lucas Oil Series is known for big crashes and fender banging action, especially during the non-points, Challenge Cup race that many call the carnage cup. It wasn’t the safest place to take the wraps off a pair of brand new trucks but these guys are racers. If they wanted to play it safe, they would collect stamps or watch birds. Instead, they launch 30 feet in the air, throw themselves into slick corners at full throttle and push their equipment to the ragged edge. At Lake Elsinore the plan was to get a clean run, make it to the finish both days and establish a baseline for truck set-up during race conditions. Despite the odds of impending disaster, they pulled it off. 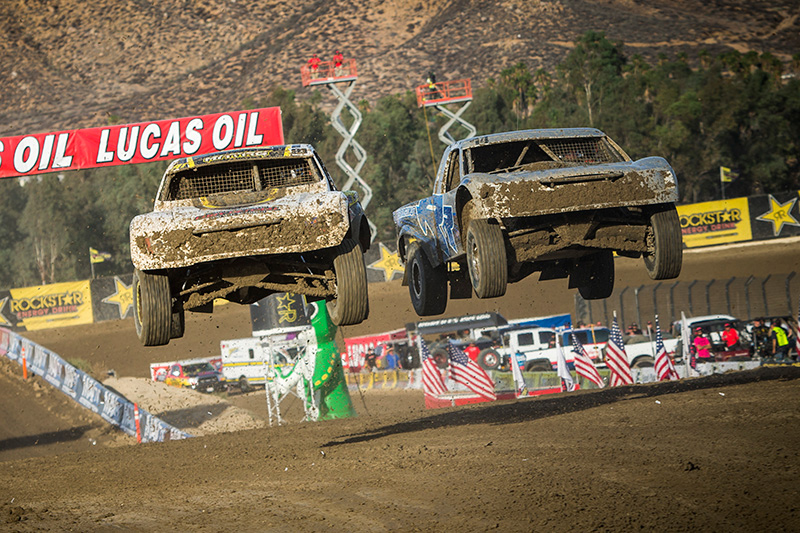 “The truck handled awesomely,” said Dale Dondel, “We had some tuning issues that prevented us from running wide open but the truck has tons of untapped potential. Our goal was to get through the weekend in one piece and we achieved that. Once we get everything sorted out we’re going to be even faster than I expected.” 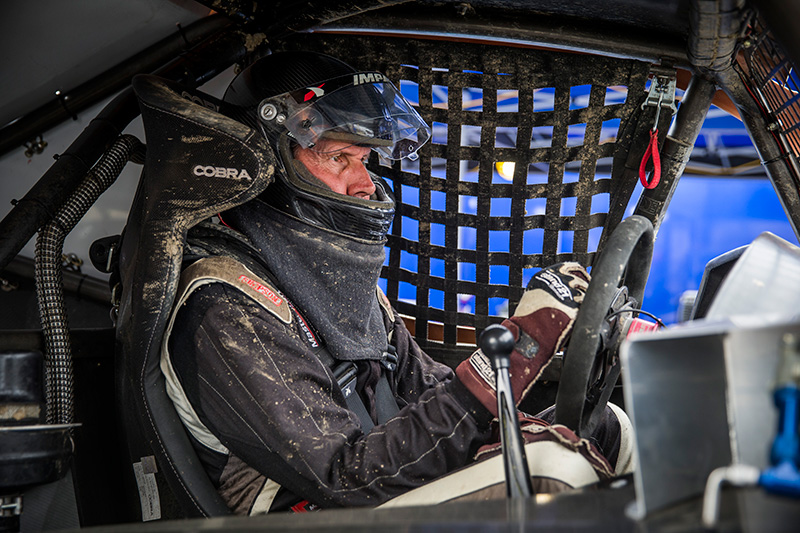 Dale and Mike had strikingly similar performance during the weekend of racing. Mike Dondel took it easy during qualifying but turned it up during the race. He moved up 8 places to finish in the 8th spot; Dale also finished 8th in the Pro-4. During the Challenge Cup race that pits the Pro-2’s against the Pro-4’s, they finished bumper to bumper; Dale in 13th, Mike in 14th. They both hit the mark; reaching the most important goal of the weekend. They got solid data they can build on during testing in the off season. 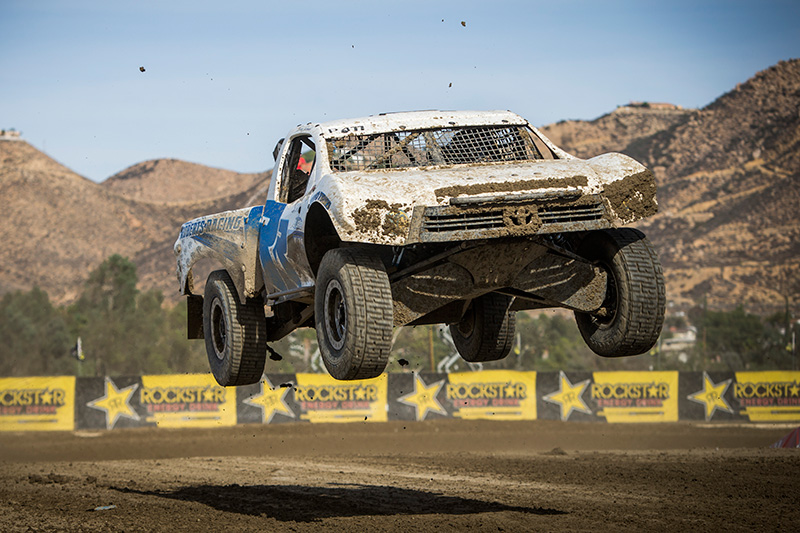 As development continues on the short course trucks, the desert racing season has not ended. The Go-PartsRacing.com Trick Truck will be at the final Best in the Desert race of 2015, the Henderson 250 in Henderson, Nevada December 4-6. The team will be running flat-out at this sprint race in the Nevada desert. For all the latest about Roberts Racing in the desert and on the track, be sure to head over to https://roberts-racing.com/ for news, photos, videos and a full report after every race.