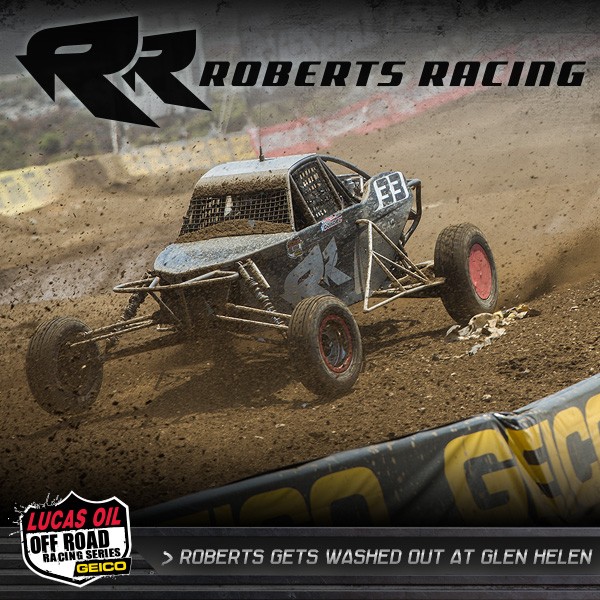 Roberts Racing Gets Washed Out At Glen Helen

When the Lucas Oil Off Road Racing Series, (LOORRS) showed up at Glen Helen Raceway in San Bernardino, California for rounds 9 and 10, there was a question as to who would be the most dominant. Every racer would be vying for that position but unfortunately, it was Mother Nature who was the most aggressive. Torrential rains postponed round 9 on Saturday until Sunday morning and to the dismay of racers and fans, the rains returned on Sunday afternoon; postponing round 10 until a later, undetermined date.

The rains wreaked havoc on the anticipated LOORRS schedule. Some got to practice but nobody was able to qualify. The result was that starting positions were determined by the driver’s standings in the points. For those who had earned spots at the top, it was a free pass. For those who were fighting their way up, it gave them a greater test. At Roberts Racing, they thrive on challenge. Drivers Mike and Dale Dondel made the best of the situation.

Mike Dondel had his Roberts Racing, Toyo Tires, Specialized Automation Services, Racer Engineering, MOMO, King Shocks, KC HiLites, Howe Power Steering and F&L Racing Fuel Pro-2 repaired and ready to go after a bad crash in round 8. The downpour cancelled qualifying and practice for the Pro-2’s. The team would have to go into the main event with no time on the truck. 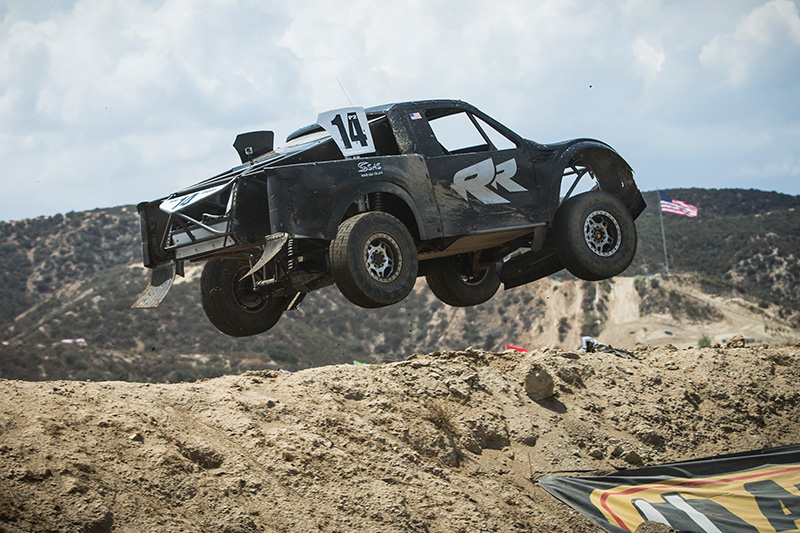 “It was a tough one for us,” said Mike, “We had no practice on the truck and had to start in the back. We were trying something new in the rear suspension and it didn’t work out. An upper arm broke and when that happens there is nothing you can do to get around the track. We’ll go back to the set-up we had before. We’ll be ready to go in round 10 if the weather holds out.” Due to the rain, Mike never got the chance. 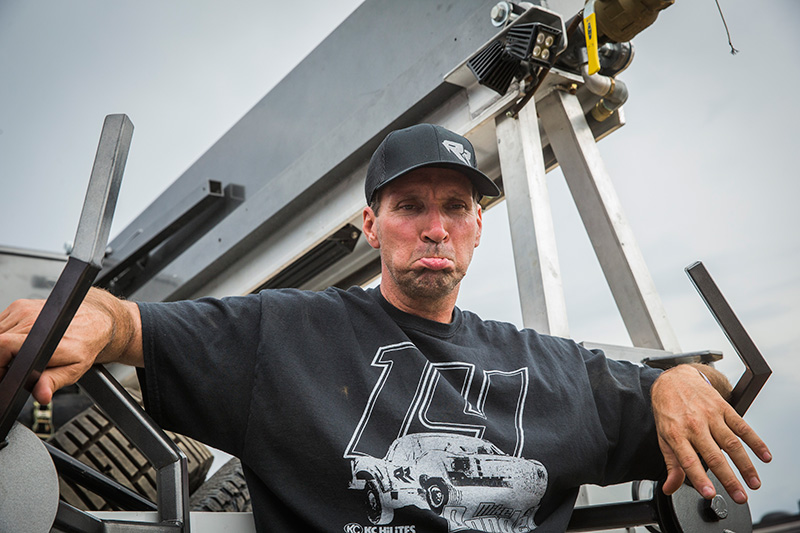 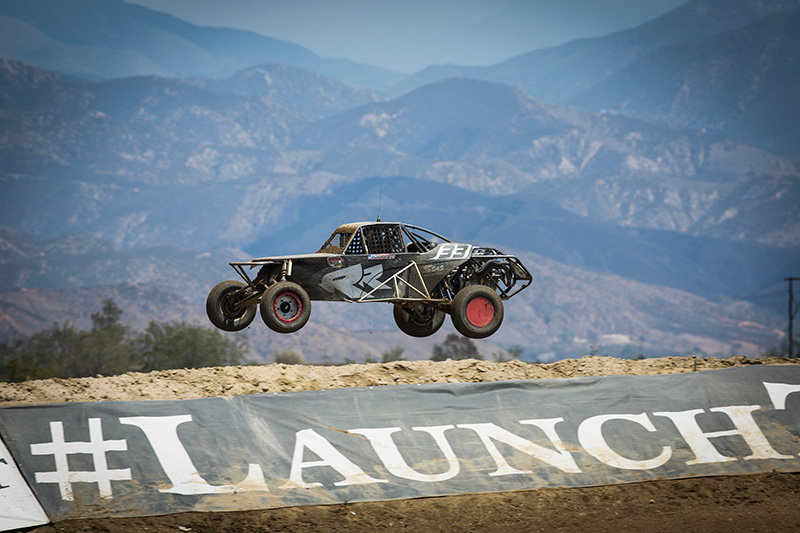 “We were excited because we were fastest in practice,” said Dale Dondel, “Then we got this rained out situation where nobody could qualify so we started in the back. We battled up through there and got up to 5th or 6th, I don’t know. We were banging handlebars all the way up through there; got turned around and bent the tie rod so it was tough to steer. 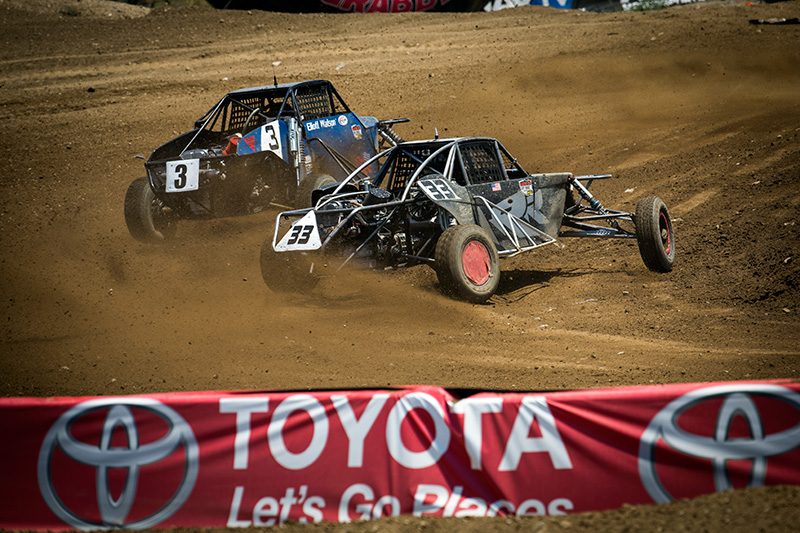 I got back up there decently again and someone hit me in the rear, turned me sideways and bent a wheel. All and all, it was a lot of fun but we didn’t have a great day. It doesn’t look like we’ll have a second chance today either. Awnings are blowing down, there’s a crazy wind and another storms coming. It’s so unlike California weather.”

Roberts Racing will move from the track to the desert when they take on the Best In The Desert series Vegas to Reno race on August 13-15. The race is the longest off-road race in the United States. For all the latest about Roberts Racing, be sure to head over to https://roberts-racing.com/ News, photos, videos and a full report after every race can be found there.